Lexington, KY (June 30, 2012) – Colombian dressage rider Nicolas Torres Rodriguez has enjoyed a banner show season that was just topped off by being honored as the high scoring junior rider in all three days of competition at the 2012 North American Junior Young Rider Championships (NAJYRC). He and Silver Label, a 15-year-old Swedish warmblood gelding, earned the highest individual score in the team competition with a 70.027%. The pair then took first place in a class of 36 riders the next day in the FEI Junior Individual Test with a score of 72.053%. They finished up the weekend strong, with a 75.50% in the freestyle, set to music from the movie Avatar. The NAJYRC is not yet open to rider teams from South America so Rodriguez was not eligible for a medal, but he was given special recognition for his first place finishes in the Team test and the Freestyle during the awards ceremony.

The 15-year-old Rodriguez was thrilled with the outcome, saying, “Competing at the Rolex Stadium is a dream come true.” Torres is the first Colombian rider to participate in the NAJYRC, and he and Silver Label have been together for about a year, and train with 2011 Pan Am Gold Medalist Dr. Cesar Parra of Piaffe Performance Farm in Whitehouse Station, New Jersey. Rodriguez said that if he has the opportunity, he would like to return to the championships with a full team from Colombia.

Parra was very pleased with Rodriguez’s ride, as the junior was in the lead the entire competition. “He was at the top of his classes each day, and I am very proud of his success,” said Parra. “I look forward to continuing to coach such a talented young rider.” Parra also rode for Colombia before becoming a US citizen, and enjoyed seeing the Colombian flag flying high during the NAJYRC.

“We have a great team at Piaffe-Performance,” Parra said. “Its an honor and a privilege to work with so many exceptional riders, grooms, and owners. When we go to a show like the NAJYRC, its wonderful to see all of the members working together to help each other achieve.”

For more information on Parra or Piaffe-Performance visit their website at www.piaffe-performance.com

Photo: Cesar Parra (left) stands with Nicolas Torres Rodriguez (center) and one of the judges at the NAJYRC after Rodriguez’s winning ride. (Photo courtesy of Sue Stickle) 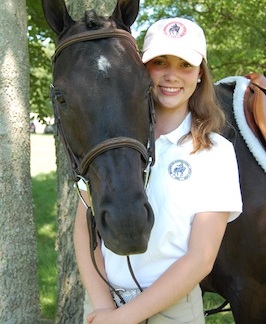 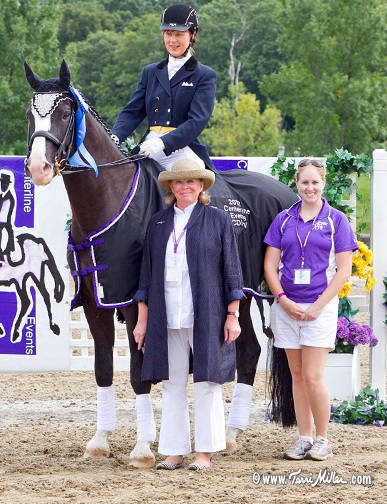 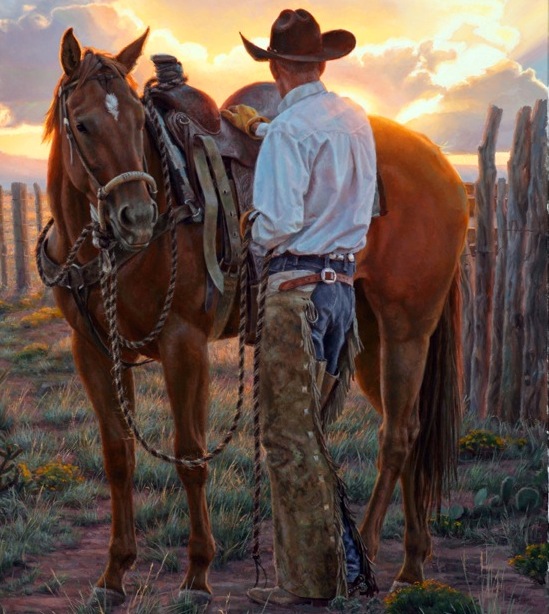 Gear Up for Cowboy Crossings