Lähden, Germany (June 26, 2012) – American Combined Driver Chester Weber kicked off his summer European tour in style, proving that he truly is “Mr. Dressage” and that Team Weber-Clark has the ability to take Europe by storm. Weber, the nine-time USEF National Four-In-Hand Champion, competed at CAI Lähden in Germany where he set the dressage ring on fire with a score of 36.35 to ultimately drive away in second place for the entire competition. Weber was thrilled with his team’s performance, a team comprised of horses owned by Weber and Jane Forbes Clark. “Our dressage team showed us they have the capability of setting a new world record,” Weber said. During Weber’s 2011 European tour, the foreign press dubbed Weber the Dressage Master and the “one to beat” in the dressage ring and the nickname “Mr. Dressage” was born.

“During the Lähden CAI my team went very well and I am pleased at how they are shaping up for the coming events in Aachen and Riesenbeck. It is humbling to work with our team, they truly are a great group,” Weber said. “While we had a fantastic and winning dressage score, the highlight of the competition was our marathon. The horses worked like a train, it was thrilling.”

Weber has often been quoted saying it takes a “village” to compete a four-in-hand team at the international level, and he was quick to give credit to his entire team during the German competition. “I am so grateful to Jane Clark and our marvelous team of support staff,” he said.

Next stop for Team Weber-Clark is CAI Altenfelden in Austria and from there the team will head to the CHIO Aachen in Aachen, Germany. “We will test three other horses in Altenfelden in the marathon and we will also debut Ringo, Jane’s new horse, that we bought to add depth to our string of wheelers,” Weber said.

As one of America’s most driven and decorated competitors, Weber entered unchartered territory earlier this year when he won the USEF Four-In-Hand Championship for the ninth time. The combined forces of Team Weber and Team Clark has also proven to be a brilliant move and a positive step for American four-in-hand combined driving. “I am proud of everyone involved with our team,” Weber said, adding that he is looking forward to competing at the World Championships in Riesenbeck at the end of the summer. “After that we will focus on the 2014 World Equestrian Games in France. I have the strongest team I have ever had and I look forward to more victories.”

Photo: Chester Weber and his team tackle the cones phase during the 2012 CAI Lähden. (Photo courtesy of Marie de Ronde-Oudemans) 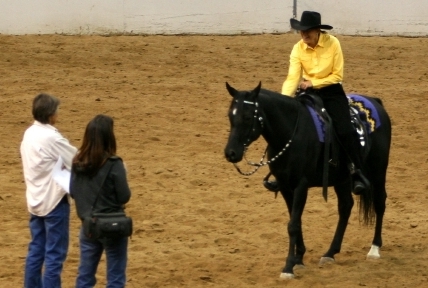 How to Select the Right Mentor for You 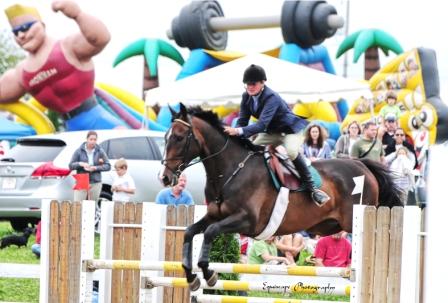