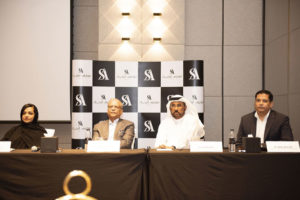 Hussein Adam Ali, Chairman, Swiss Arabian Perfumes Group, said, “The opening of this new flagship store at the Dubai Mall reflects a truly exciting time for the Swiss Arabian Perfumes Group as it embodies our vision of creating a brand narrative that is both inspirational and relatable to our continuously growing client base. As an organization, we are optimistic about Dubai and the UAE as a strong and stable nation, and the Dubai Mall flagship opening is part of our global expansion strategy, as we remain confident on the success of the country. To mark the occasion, we have launched a special collection named WAAW, which means unity and harmony in Arabic. The collection is based on the various stages of love and are under three specially created unisex fragrances–Gharaam, Hayaam and Wajd.”

Nader Adam Ali, Director, Swiss Arabian Perfumes Group, commented, “The opening of the new store proves to be both timely and strategic as the GCC region’s perfume industry is projected to reach USD 3.87 Billion by 2024 at a Compound Annual Growth Rate (CAGR) of approximately 8.9 per cent from 2019 to 2024.  This new flagship store complements our efforts to mark a stronger presence in the region and is the latest addition to the already two existing kiosks at the Dubai Mall. To date, Swiss Arabian has 105 outlets spread out across the GCC and African region.” 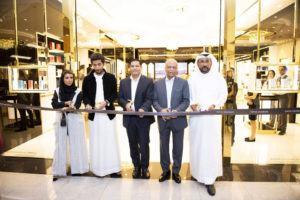 The new store displays an incredible variety of perfumes along with an exclusive premium collection.  Having immense experience in the art of perfume making and having partnered with world’s leading perfume manufacturers, Swiss Arabian aims to awaken one’s sense of smell and help every individual find their unique perfect mix of fragrances.

Swiss Arabian is an international perfume brand established in the UAE since 1974. It is the first perfume maker in the country that has pioneered the creation of a wide range of unique fragrances that perfectly fuse the combination of heritage and technical expertise. Founded by Hussein Adam Ali, who hailed from Yemen as a young visionary at the time, the company has grown and expanded its reach to over 80 countries and more than 1,000 sales points.  The brand attained Superbrand Status following a strict selection process by the UAE Superbrands Council in 2019.