“It is exciting to see a record-setting amount of qualifiers for our seventh annual event,” said Randy
Bernard, CEO of The American Rodeo. “We are proud to have seen the event grow over the years. At
this rate, our event is paying out more than the Kentucky Derby does.” 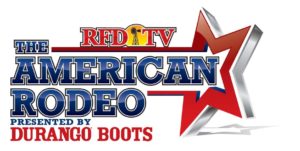 “You have to go big when you do events at the historic Fort Worth Stockyards and AT&T Stadium,” said
Bernard. “We are taking rodeo and Western sports to the next level.”

About RFD-TV’s The American Rodeo
Taking place at Dallas Cowboys’ AT&T Stadium on March 7-8, 2020, RFD-TV’s The American Rodeo, hosts
the richest weekend in Western sports. With $2.4 million on the line, the best athletes in the world will
gather in Arlington, Texas to battle for the biggest single paycheck of their lives. The American Rodeo
invites the top athletes from the 2019 PRCA world standings and puts them against everyday cowboys
and cowgirls who advance from the American Rodeo semi-finals. If a nationally ranked athlete wins, the prize is $100,000, but if a qualifier from the semi-finals – or an athlete who earned an exemption – wins
The American Rodeo, that contestant shares in a $1 million bonus pool. For more information, please
visit: www.americanrodeo.com and www.RFDTV.com . Follow us on Twitter: @RFDTVAMERICAN and
find us on Facebook: www.facebook.com/RFDTVTheAMERICAN . To buy tickets, go to
AmericanRodeo.com