Exceptional youth polo players from all over the country traveled to the stunning Santa Barbara Polo & Racquet Club in Carpinteria, California, to compete in the National Youth Tournament Series (NYTS) Championship. Established in 2013, NYTS is the first national outdoor tournament series for youth competitors—providing opportunities for young rated players who do not exceed 19 years of age to compete against their peers. Five months of qualifying tournaments around the country culminate in one intensive weekend of tournament polo with the chance to have their name engraved on the Cecil Smith Cup. Friends and family who were not already in attendance tuned into the USPA Polo Network to watch the thrilling semifinal matches on Friday, September 1. 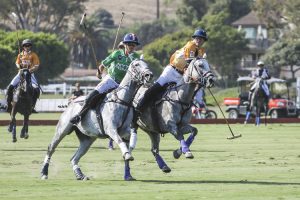 Zone 2 (Central, Great Plains, Midstates, Southeastern circuits) coached by Tiger Kneece faced off against Zone 4 (Eastern and Northeastern circuits) coached by Team USPA member, Nick Snow*. Zone 2 boasted three NYTS veterans with the addition of Canadian Mich Ward, Zone 4 on the other hand welcomed four new faces to the NYTS ranks. Zone 4 began with a half-goal advantage at the onset of the game due to handicap. Despite a quick foul within the first thirty seconds, the NYTS players rewarded viewers with fast and open polo. Zone 2 quickly captured the lead with a field goal hat trick, dominating the offensive strikes to seize an early 3-.5 lead.

Caught flat-footed, Zone 4 rallied in the second chukker with two goals from Liam Lott and a third from Brennan Wells to close the gap. An answering goal from Ward, an impressive 90-yard line drive, gave Zone 2 the edge 4-3.5 at the half. Tensions were high in the third, nerves getting the best of both teams as they missed integral penalty conversions for a scoreless chukker. Each team would manage to redeem themselves in the final chukker however, Jack McLean sinking a Penalty 2 for Zone 2 while a Penalty 4 from Zone 4’s Wells shot high, deflecting off a mallet and into goal. Immediately following, Will Green received a pass out of the bowl-in which he scored, placing Zone 4 in the lead for the first time 5.5-5. Two minutes remaining in regulation and only a half goal separating the two teams, Zone 2 fought valiantly to regain the advantage, but they were unable to hit the mark. 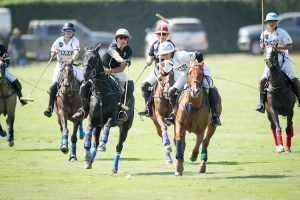 “In the second half particularly, these guys stuck with their man really well,” said Zone 4 Coach Nick Snow. “In the first couple chukkers Zone 2 had two or three breakaways and in the last half they didn’t have any. I thought we were a little more disciplined on our man and our last guy back never let them escape—I think that was key. Zone 2 had some horses that could run and if we could keep the game a little tighter that helped us. So, I think defensively we were on the man really well in the second half.”

Defending Champions Zone 3 (Florida Circuit) coached by Tom Goodspeed returned to the field with newest members Mackenzie Weisz and Lucas Escobar. Zone 1(Hawaiian Islands, Pacific Coast, Pacific Northwest, Rocky Mountain, Southwestern, Border Circuits) coached by Team USPA member Jesse Bray*, similarly featured NYTS veterans with the inclusion of newcomer Harrison Azzaro. Azzaro did not disappoint, quickly putting two points on the board for Zone 1; the second, an unbelievable backshot that sailed parallel to the backline and through the posts.
“The first chukker was difficult for me, because I’m used to going forward in the 16-goal Pacific Coast Open, but I just started staying back and defending.” –Nico Escobar 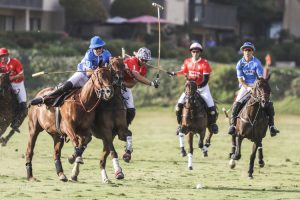 Demonstrating some high-goal skills, Zone 3 retaliated, shutting out Zone 1 in the second chukker. Nico Escobar initiated the counter attack, followed by younger brother Lucas, capped off nicely by the talented Weisz who tapped the ball out of the air and through the goal to end the first half leading by one 3-2.

Zone 1 was awarded an equalizing opportunity halfway through the third. Conrad Kissling shot a Penalty 4 which ran across the ground and to the left where teammate Jake Klentner was there to skillfully redirect the ball to goal. Zone 3 followed suit, capitalizing on an equally impressive team play from the Escobar brothers. Lucas Escobar drilled a ball forward to Nico Escobar who raced past the competition on chestnut mare Gacela, carrying the ball on the nearside and flipping it in for the score to take back the lead 4-3. Zone 3 surrendered another penalty in the final chukker to tie the score 4-all, but the Escobar duo sealed the win with a goal apiece for a final score 6-4.

Truly a family affair, when asked what it would feel like to win for the second year in a row Nico Escobar answered, “It would be great, especially with my brother and Mackenzie who has been a friend of mine since I could walk. For us three and Justin to play together is a dream come true.”

Preceding the final of the NYTS Championship Final for the Cecil Smith Cup this year will be the inaugural East vs. West Challenge. Established as a second level of competition for youth players, it was created to represent a wider range of All-Stars selected at qualifying events. The maximum handicap for East vs. West Challenge competitors is A.5 and two female players must play on each team. On Friday, September 1, players participated in a coached practice match, with two mounted coaches on the field. Coaches Nick Snow and Jesse Bray, passed on their Team USPA knowledge to the next generation. “NYTS is a USPA Polo Development, LLC, program with a heavy emphasis on training,” said Amanda Snow, Director of Player Development, “so it is only fitting that we modeled the East vs. West Challenge after the elite training experience we offer our Team USPA members.” The East vs. West Challenge will take place Sunday, September 3, at 4:00 pm ET, it will be filmed and available for on demand viewing on uspolo.org. The NYTS Championship Final for the Cecil Smith Cup will be livestreamed on the USPA Polo Network at 6:00pm ET. To attend the events in person at the Santa Barbara Polo & Racquet Club tickets can be purchased at www.sbpolo.com.

*Nick Snow and Jesse Bray are members of Team USPA. Team USPA is a USPA program designed to enhance and grow the sport of polo in the United States by identifying young, talented American players and providing mentored training and playing opportunities leading to a pool of higher rated amateur and pro players and the resultant giveback to the sport of polo.

About the United States Polo Association® 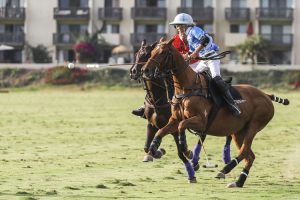 The U.S. Polo Association was organized and exists for the purposes of promoting the game of polo, coordinating the activities of its Member Clubs and Registered Players, arranging and supervising polo tournaments, competitions and games, and providing rules, handicaps, and conditions for those tournaments, competitions, and games including the safety and welfare of participants and mounts.

Founded in 1890, the United States Polo Association (USPA) is the national governing body for the sport of polo. USPA is currently comprised of almost 300 member clubs with thousands of individual members, and oversees 40 national tournaments. For more information, please visit uspolo.org.

About the Santa Barbara Polo & Racquet Club
The Santa Barbara Polo & Racquet Club is the premier destination for polo on the West Coast. Located on the beautiful American Riviera, the Club offers three high goal fields, a Polo School, boarding facilities, polo lessons and country club amenities, including eight tennis courts and a fitness facility, all alongside the Pacific Ocean. The 2017 season opened May 5th and runs through the first week of October. For more information about the Club and to purchase tickets please visit www.sbpolo.com.
###