Spectators will be treated to first class Show Jumping, featuring the current world number two-ranked Show Jumper, Steve Guerdat, and Show Jumping legend and world number four, Marcus Ehning. The London 2012 individual gold medallist will be aiming to emulate his 2016 Olympia success, when he won the Longines Christmas Cracker. Sweden’s Henrik von Eckermann, who is currently ranked third in the world, will compete at Olympia on the back of winning team silver at the FEI World Equestrian Games™ Tryon 2018 (WEG) in September.

Following the success of team gold at the FEI World Equestrian Games™ for the USA, Laura Kraut will be representing the American contingency. Hoping to rival Kraut and replicate his Olympia 2016 success is Lorenzo de Luca, who brought the crowd to their feet after an audacious winning round in the Martin Collins Enterprises Christmas Tree Stakes. 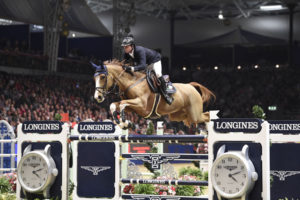 Flying the flag for Great Britain will be a host of riders eager to delight the home crowd, including Britain’s leading lady rider and winner of the 2017 Cayenne Puissance, Laura Renwick, and legendary equestrian, Scott Brash MBE. Brash, who won team gold at London 2012 and claimed the Olympia leg of the Longines FEI Jumping World Cup™ in 2016, will have his sights firmly set on victory this year after Frenchman, Julien Epaillard, pipped him to take the spoils in 2017.

Adding further scope to the British line-up is Brash’s London 2012 teammate, Ben Maher MBE, who triumphed in the Olympia Grand Prix in 2014 and was denied a memorable victory in the Olympia leg of the Longines FEI Jumping World Cup™ in 2016 when Brash beat him into second place. Elsewhere it will be a ‘family affair’ for the Whitakers, as John Whitaker MBE gears up to take on son Robert and nephew William. The full line up of Show Jumpers can be found here.

Great Britain will feature heavily in the FEI Dressage World Cup™ supported by Horse & Hound, with big-name riders confirmed to compete, including triple Olympic gold medallist, Charlotte Dujardin CBE. Dujardin will be riding Hawtins Delicato, a 10-year old gelding who in September successfully competed at the FEI World Equestrian Games™, returning to the UK with a team bronze medal. Joining Dujardin at Olympia will be fellow Brit, Hayley Watson-Greaves aboard Rubins Nite, making their fourth consecutive appearance at the Show and bringing a wealth of experience and success that will no-doubt give Dujardin a run for her money.

British Dressage riders will face stiff competition in the form of Edward Gal, who, in 2010, partnered his formidable stallion Totilas to win all three available gold medals at the FEI World Equestrian Games™ in Lexington, USA. Gal, who won the 2017 edition of Olympia’s FEI Dressage World Cup™ (Grand Prix) supported by Horse & Hound, will be joined by compatriot Hans Peter Minderhoud, who took victory in the Reem Acra FEI Dressage World Cup™ Final in Gothenburg, Sweden in 2016.

This year’s Show will see several Olympia debuts; 21-year-old rising star Juan Matute Guimon who will be competing at Olympia as the youngest rider in the Dressage field. Guimon’s Olympia entry, Quantico, was a member of the 6th placed Spanish team at this year’s WEG. Germany’s Frederic Wandres will also be making a first appearance at the Show, aboard his ride Duke of Britain, a British-bred Hanoverian. The duo have had a successful first season competing together, having won the recent FEI Dressage World Cup™ leg in Zakrzow with a personal best of 79.610%, consequently climbing the world rankings to sit in 48th position. The full line up of Dressage combinations can be found here. 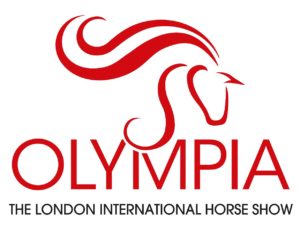 Bringing ferocious speed to Olympia’s Grand Hall in the FEI Driving World Cup™ presented by Dodson and Horrell, will be the world’s leading Carriage Drivers, all hoping to replicate 2017’s thrilling final. After narrowly missing out on a win at last year’s Show, Boyd Exell will return this December as focused as ever in a bid to clinch victory. The current world number one-ranked Driver, who in September added a WEG individual gold medal to his long list of achievements, will take on Koos De Ronde, a regular contender at the Show. Great Britain’s Dan Naprous will add further class to the competition, bringing his trademark tight turns and supreme pace in his bid to challenge the likes of Belgium’s world number four Driver, Glenn Geerts. The full Driving line up can be found here.

Olympia, The London International Horse Show is the only UK Show to host all three FEI World Cup™ qualifiers in Show Jumping, Dressage and Driving. The FEI Dressage World Cup™ Grand Prix and Freestyle supported by Horse & Hound will take place on Monday 17 and Tuesday 18 December. Top international Show Jumping competitions taking place throughout the week include the sell-out Cayenne Puissance, The Longines FEI Jumping World Cup™, and the unmissable Turkish Airlines Olympia Grand Prix, which wraps up the competition on Sunday 23 December. The FEI Driving World Cup™ will take place on Friday 21 and Saturday 22 December.

For more information and to purchase tickets visit www.olympiahorseshow.com

The first international horse show took place in the Olympia halls in 1907. Olympia, The London International Horse Show, the event we see today, was started by Raymond Brooks-Ward in 1971. This year’s show takes place on 17-23 December 2018 in the Olympia Exhibition Hall, located in West Kensington, London. The show will play host to a packed timetable of all things equestrian and is expected to welcome over 90,000 visitors. It is regarded as one of Europe’s oldest and most prestigious equine competitions. The show mixes top class equestrian action, including FEI World Cup™ Jumping, Dressage and Driving with family entertainment, such as the Osborne Refrigerators Shetland Pony Grand National and The Kennel Club Dog Agility.