The Fair Hill Organizing Committee (FHOC), an affiliate of the Sport and Entertainment Corporation of Maryland (The Sport Corp.), today announced the Maryland 5 Star at Fair Hill has added equestrian industry veteran, Connie Sawyer and event industry veteran, Dan Laufer to its leadership team. Sawyer will serve as the event’s Broadcast Production Director and Laufer as its Director of Operations. The inaugural Maryland 5 Star at Fair Hill takes place this October 14-17 at the new Fair Hill Special Event Zone in Cecil County, Maryland. 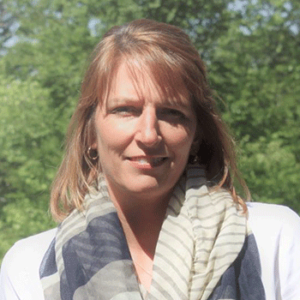 Sawyer will be leading all aspects of the broadcast production and streaming of the Maryland 5 Star. She brings vast experience in the equestrian industry to the event, having served in various roles associated with international events throughout her career. In addition to her new position with the Maryland 5 Star, Connie works as the Manager of the Longines FEI Jumping World Cup™ North American League (NAL) and is the Fédération Equestre Internationale Events Manager for North America. Connie works with the FEI to assist in the North American implementation of television and streaming production, distribution, and on-site logistics at the Longines FEI Jumping events as well as the implementation and delivery of Longines rights and Longines FEI Jumping World Cup™ and Longines FEI Nations Cup™ Series brand standards.

Laufer will be responsible for directing all event overlay and operational logistics for the Maryland 5 Star in close coordination with the Maryland Department of Natural Resources (DNR) at the new Fair Hill Special Event Zone. His career spans over 20 years in the production of large-scale indoor and outdoor events. He has been Director of Operations for the Citi Open, an ATP/WTA combined pro tennis event since 2006. Other recent events Laufer has worked with include tennis’ U.S. Open and Miami Open, NASCAR Cup Series races at Talladega Superspeedway, NCAA Basketball’s Vancouver Showcase, and the opening of the National African American Museum History Museum.

“We are thrilled to have Connie and Dan join our team because they will provide us with a very high-level of expertise within their particular areas,” said Jeff Newman, President and CEO of the Maryland 5 Star at Fair Hill. “I have known Dan for many years and worked closely with him on other major sporting events. He is someone we can lean on and trust to ensure logistics and operations run smoothly during our inaugural year.” Newman added, “Connie will not only help us oversee and produce a high-quality broadcast and livestream for viewers, she brings so much added value with her deep event background and extensive relationships in equestrian sports.” 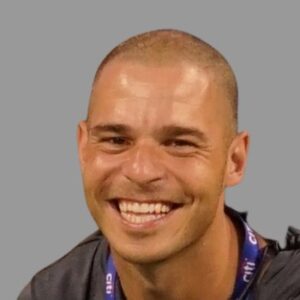 About the Maryland 5 Star at Fair Hill:

One of only two 5 Star events in the United States, and seventh worldwide, the Maryland 5 Star at Fair Hill will continue the storied legacy of Eventing at the new Fair Hill Special Event Zone in Elkton, Maryland, located in Cecil County. The prestigious 5 Star (CCI5*-L) designation is the pinnacle of the sport of Eventing also known as the equestrian triathlon. The Maryland 5 Star at Fair Hill is produced by The Fair Hill Organizing Committee (FHOC), an affiliate of the Sport and Entertainment Corporation of Maryland (The Sport Corp.), and in partnership with Fair Hill International (FHI). The Maryland Food Bank serves as an event beneficiary.

About the Sport and Entertainment Corporation of Maryland (The Sport Corp.):

The Sport and Entertainment Corporation of Maryland is a 501(c)(3) established in 2019 to further, promote, and move the State of Maryland forward through sports.