The Auction by Arqana:  an exceptional collection of young champions and high potential show jumping horses to be featured in Paris.

The Auction by Arqana is coming to Paris, France, on Thursday evening, December 5, with an outstanding selection of top equine athletes and young talent for its ACT II “Yearlings & Performers.” 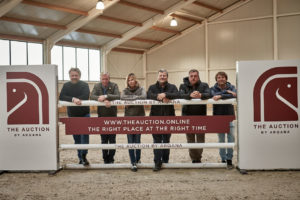 The City of Lights will showcase the future superstars of show jumping when The Auction by Arqana is held at the iconic Le Cirque d’Hiver in Paris.  Coinciding with opening night of the legendary Longines Masters of Paris, show jumping enthusiasts from all corners of the world will have the opportunity to place their bids – either in person or on-line – on an exciting line-up of proven performers as well as yearlings hailing from exceptional bloodlines.

ACT II follows the success of The Auction’s debut on February 15, 2019, when ACT I took center stage at Asia Horse Week during the Longines Masters of Hong Kong.  It was the first sale of its kind in Asia and set a world record by reaching the highest embryo average selling price at an auction. 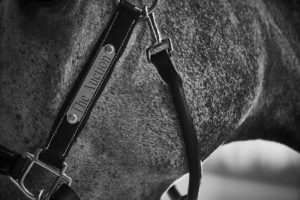 For its  “Yearlings & Performers” auction, a team of experts has carefully selected 20 of the most promising young talents with the potential to excel on the world stage.  Former World Champion Jos Lansink and Belgian Olympian Ludo Philippaerts are joined by breeding and industry leaders Joris de Brabander, Virginie Couperie-Eiffel, and Carlos Pinto as members of the esteemed panel that hand-picked horses of exceptional talent and breeding to be presented in the auction.  Most of the horses selected are proven performers with stellar competition records, including six that have earned national young horse championship or vice-championship titles.

Featured horses include Conmitage, a daughter of Conthargos who won the 6-year-old Belgian Championship, and Pinki Pay, a stunning mare who claimed Italian Vice Championship honors as both a four- and five-year-old or the beautiful 6-year-old Stallion Kespri DC who was Swedish Champion in 2019 in his catory, and many more. All available horses on www.theauction.online 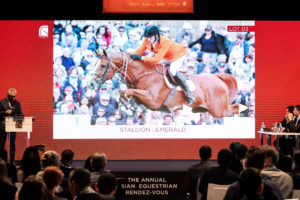 The Auction will be livestreamed and buyers unable to attend in person will have the option of bidding online.

After Paris, the Auction returns to Hong Kong for another unique sales featuring “Rare & Iconic Embryos” from the best bloodline in show jumping on February 15, 2020 hosted by the Longines Masters of Hong Kong. 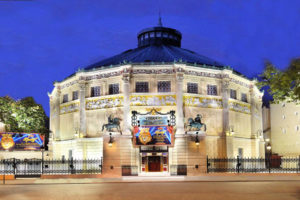 “The shared ambition with The Auction is to bring trade of show jumpers forward in the same way as ARQANA has done with racehorses, and their partner Artcurial before them in the art sector. The market for show jumpers requires accrued transparency, professionalism, globalization and modernization. Together with ARQANA, we wish to implement an educational approach aimed at assisting vendors towards the public market as well as attracting fresh investors from every corner of the globe into the equestrian sector. »