VHT International has received over 600 entries for the entire event as well as a record number of YEH entries for 4-year-olds and 5-year-olds. With 78 YEH entries at the time of publication, VHT and the USEA YEH Committee jointly agreed to run the 4-year-old division with 23 entries as a one-day format on Wednesday, October 28. The 5-year-old division with 55 entries will run over two days, from October 28-29.

“We’re very excited we have so many entries for the Dutta Corp. USEA YEH East Coast Championships this year,” stated YEH Committee Chair, Marilyn Payne. “Because of that, we don’t want to turn anyone away, so we were able to bring on additional judges for the 4-year-old division, which was the original plan for 2020 if entries were large enough. To make the schedule work, we needed three additional judges for the 4-year-old Championship.”

Peter Gray and Debbie Adams will be judging the 5-year-old division as planned. The judges for the 4-year-old Championship are Marilyn Payne, Tim Holekamp, and Phyllis Dawson.

Payne is a FEI 4* Eventing Judge and a USEF “S” Dressage Judge. She was the President of the Ground Jury at the 2016 Olympics in Brazil, the 2010 World Equestrian Games, and judged at the 2008 Olympics in Hong Kong and each of the six four-stars in the world. Marilyn is also a distinguished trainer, competitor, one of the founders of the USEA YEH program, and co-chair of the YEH Committee.

Holekamp is a retired ophthalmologist specializing in retina surgery. He has been around horses all his life, and together with his wife Cheryl, who is a “S” dressage judge and Grand Prix rider, they have been breeding Trakehner sport horses for 30 years on their New Spring Farms, in Missouri and Ocala. He completed the training program for breed inspector and presently is in charge of the American Trakehner Association’s inspection review committee, after a four-year term as president of that Association. His focus now is on US Three-Day Eventing team development through co-chairing the USEA YEH Committee with Marilyn Payne and working on the USEF’s Eventing Owners Task Force.

Dawson competed at the highest levels of three-day eventing for over 30 years. In 1988 Phyllis represented the United States in the Olympic Games in Seoul, Korea, riding Albany II, finishing tenth overall. She also rode for the United States Equestrian Team in 1997, successfully competing Snowy River in the Open European Championships at Burghley, England. Phyllis has served on the USEA Board of Governors, various USEA Committees, and has worked with both the Future Event Horse and Young Event Horse programs as a young horse expert, breeder, and judge.

“It’s been a challenging year for eventers with many restrictions and fewer events being held due to the pandemic,” Bowles said. “We were determined to accept as many entries as we possibly could and give everyone an opportunity to run their horses. We are always grateful that competitors choose to come to VHT and we’re looking forward to a great event.” 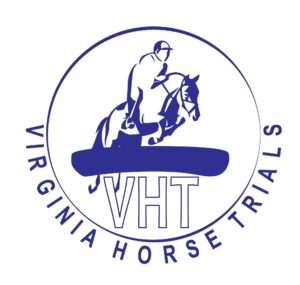