Three days of showjumping from the Longines Royal International Horse Show at Hickstead will be broadcast live on Sky Sports.

The event will be shown live on Friday, Saturday and Sunday afternoon, with coverage produced by top sporting broadcaster IMG. Alongside the televised coverage there will be extensive live streaming online covering all the action in the International Arena. 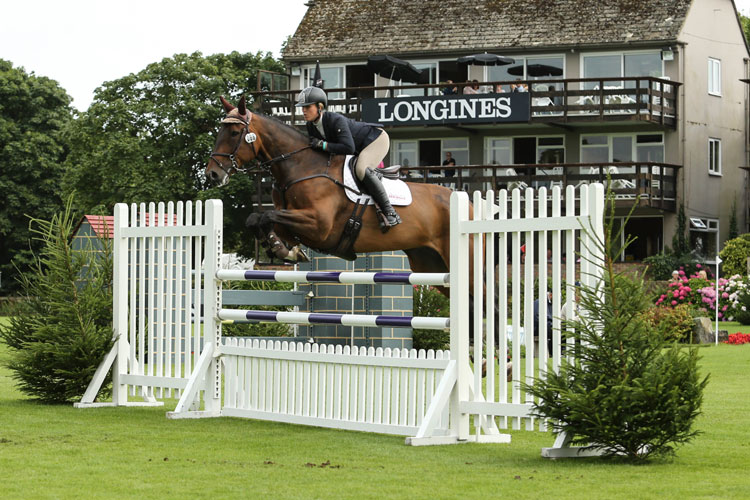 The show takes place just a few weeks before the FEI European Jumping Championships in Stockholm, and Hickstead could well provide a final run for many of the competitors who’ll be heading to Sweden in August to represent their country.

The competition in Hickstead’s famous International Arena gets underway on Wednesday 26 July, with all the action livestreamed via a single camera on both Hickstead.TV and the FEI’s YouTube channel. Streaming on both platforms will continue on Thursday with the first international showjumping classes of the show, the Bunn Leisure Vase and the Bunn Leisure Trophy. In the afternoon, the hugely popular MS Amlin Eventers’ Challenge takes place, where some of the world’s best event riders tackle a course of cross-country fences within the main arena.

Friday is a very special day, when Hickstead plays host to the FEI Nations Cup™ of Great Britain presented by Longines. This historic two-round team competition will see the Brits face competition from the Netherlands, Brazil, Ireland, Germany, Switzerland, France and Spain. It’s the penultimate leg in the series with all still to play for ahead of the final series leg in Dublin, and teams will be fighting to qualify for the Final in Barcelona while also hoping to retain their place in European Division One for next year. Britain was relegated to Division Two last season but as host nations will be competing at Hickstead, giving showjumping fans their only chance to watch their country compete as a team on home soil.

Television viewers in the UK and Ireland can watch live on Sky Sports, while online coverage of the FEI Nations Cup will be available to FEITV subscribers only.

Over the weekend, showjumping highlights include two of the best-known classes in the sport – the Queen Elizabeth II Cup and the €200,000 Longines King George V Gold Cup. These classes, along with Saturday’s Bunn Leisure Salver and British Speed Classic, will be shown as multicamera broadcasts on both Hickstead.tv and the FEI’s YouTube channel. Sky Sports will also broadcast live from the show on both Saturday and Sunday afternoon. 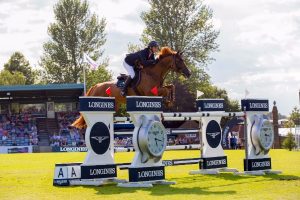 For the first time ever, Hickstead will be showing a full-scale broadcast, including commentary, of both the British Horse Society Supreme Ridden Horse Championship and the De La Hey Family Supreme Pony Championship. Showing riders compete at shows around the country just to qualify for Hickstead; then the winners of individual classes at the Longines Royal International Horse Show head through to their respective championships, and the winners of these then qualify for Sunday’s Supreme championships, which are the most coveted titles of all in the outdoor showing season.

“Hickstead may be synonymous with showjumping, but showing is a huge part of the Longines Royal International Horse Show, with thousands of horses and ponies competing here each July,” said Hickstead Director Lizzie Bunn. “We know how popular showing is, so we’re pleased to be able to broadcast our Supreme Championships via our own Hickstead.tv platform as well as the FEI’s YouTube channel, which will allow it to reach a new global audience.”

Tickets are on sale now for this prestigious equestrian event, which is the official horse show of the British Horse Society, with discounts applying before 22 July. Visit the box office here.

. Notes
The All England Jumping Course at Hickstead in West Sussex was founded in 1960 by Douglas Bunn, who had dreamed of creating a venue that could rival those on the continent. In 2010, Hickstead celebrated its 50th anniversary, having become known as the home of British showjumping. The showground has been the venue for several World and European Showjumping Championships. It now hosts two major international shows each year – the Al Shira’aa Hickstead Derby Meeting (22-25 June 2017) and the Longines Royal International Horse Show (25-30 July 2017); plus a national show in September known as the All England Jumping Championships (31 August – 3 September 2017).