After being named to the US Team last month, Screnci secured the US Para Grade V National Championship on her 11-year-old KWPN gelding, Eragon VF, (aka ‘Danny’) and won the Grade V Freestyle in front of judges Adrienne Pot, Elke Ebert and Carlos Lopes. She also earned Reserve Champion honors with her KWPN mare, Riccione, posting the top two scores in both her Team and Individual classes. The fairytale week just kept getting better for Screnci, after making the US Team and winning the US National Championship, she was  was also unanimously nominated by her peers to receive the Lloyd Landkamer Memorial Sportsmanship Award in recognition of high standards and virtues of integrity, honor, team spirit, good temper, and unselfishness. Screnci was overcome by with the award.

Just don’t say, “Break a leg” if you want to wish her luck. Because her road to Tryon and next (she hopes), to Tokyo for the Paralympic Games, began 26 surgeries and a couple of riding lifetimes ago.

As a girl, barrel racing and pole bending left her unscathed from injury but years later, when her own daughter showed interest in horses, she joined her in the hunter/jumper ring, only to suffer a freak accident in a jumper class at Wellington that shattered her ankle and ultimately changed the direction of her life.

It was a pool not a horse that redirected her to the para equestrian world. “In my zeal to return to the ring after breaking my ankle I decided, on my own, to start physical therapy ahead of the suggested schedule and use my pool at home. I didn’t know I shouldn’t have gone into water so soon.”

She contracted an aggressive bacterial infection in the pool water, leading to a 26-surgery battle against osteomyelitis, an infection and inflammation of bone and bone marrow caused by bacteria or fungi entering bone tissue through an open or unhealed wound.

“I am so grateful, to this day, for the amazing support I received from the surgeons and staff at Paley Orthopedic & Spine Institute in Royal Palm Beach. They put my ankle, and me, back together.”

Repaired and ready to ride, she bought Sally L, a former jumper of Murray Kessler’s. “My friend, Nataly Liebowitz told me that Robert Dover said that Sally L should be in the ‘para program’ because she had extensive dressage training.  I said, para what?”

Shortly after, she attended a para dressage clinic at Vinceremos Therapeutic Riding Center in Loxahatchee and “was so impressed by the community that I truly fell in love”.

“I don’t miss jumping at all. Dressage is so cognitive! Every step means something,” she said. “This is my full-time world now, and I do believe my husband, Stephen, will be sainted some day for bearing with me.”

She praises Sharon Decker, the Chief Operating Officer at TIEC and the TIEC team who helped make Tryon’s indoor arena available to all the para equestrian athletes to train in. “The support Sharon and her team at TIEC showed the Para Dressage Program is truly remarkable. We are all so thankful for everything they have done for us and continue to do.  The new indoor facility at Tryon is incredible and they stopped everything and got it ready for our National Championships in a matter of days!”

The pair had never performed the freestyle, produced by Tom Hunt to the music of Les Miserables, in an arena or in front of judges, when their choreographed performance was given a winning score in the 70s.

The new Virtual Coaching Program is working, the chef d’equipe said, as proven by riders, like Screnci, earning higher scores and breaking the “magic 70% benchmark” at levels like this CPEDI3*. “This is all due to a hard-working campaign of daily training with coach support, as well as live-stream remote sessions and video analysis.”

“Breaking my leg turned out to be a blessing. It made me settle down and develop a deeper relationship with my family, and it has given me this opportunity – at my age – to have a goal of competing in Tokyo.”

The 2020 Summer Paralympic Games have been rescheduled for August 24-September 5, 2021 in Tokyo. Follow Cindy Screnci and her horses on their Facebook page, https://www.facebook.com/cscrenci 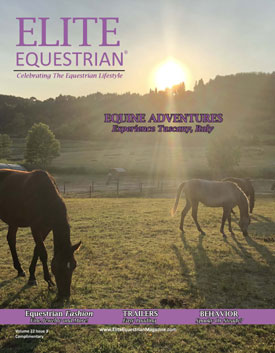 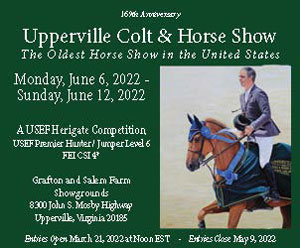