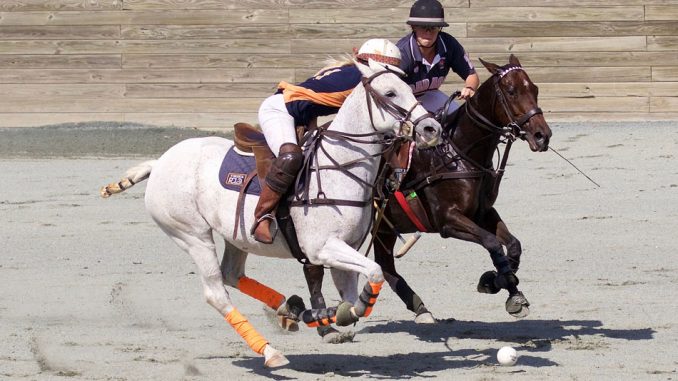 While the original aim had been to hold an open tournament, Association regulations limited an “open” arena tournament to a 12-goal handicap and above. Luckily a precedent had already been set with the creation of the U.S. Open Women’s Polo Championship™ the outdoor grass version. The addition of women’s outdoor handicaps sparked the concept of women’s arena handicaps, which allowed multiple teams to meet the required handicap level for an open tournament.

The USPA is also working to secure the transition of students into life-long members. “The Women’s Arena Open is yet another defined path that female players can follow to either continue their polo careers as amateurs or professionals,” said Maureen Brennan, USPA High-Goal Committee Chairman. “There are so many young women in the United States Intercollegiate and Interscholastic programs that can now aspire to participate in such an important tournament beyond their years as a student. My motivation to play in this inaugural Women’s Arena Open is to support women’s polo in general, to play with and against the best female arena players in the country and to be a part of history which I find very inspiring. The healthy number of teams in the U.S. Open Women’s Polo Championship™ and Women’s Arena Open is very symbolic of the role of women in polo in the United States and globally,” Brennan continued.

Local fans of polo are encouraged to come out and support their favorite team. Entry is free and tailgating spots are available. For more information on the Virginia Polo Center, please visit vapolo.org. Those who cannot attend in person can tune in to the USPA Polo Network on uspolo.org to watch the high-goal arena action live. For tournament details, rosters and schedules, please visit uspolo.org.

About the United States Polo Association®
The U.S. Polo Association was organized and exists for the purposes of promoting the game of polo, coordinating the activities of its Member Clubs and Registered Players, arranging and supervising polo tournaments, competitions and games, and providing rules, handicaps, and conditions for those tournaments, competitions, and games including the safety and welfare of participants and mounts.

Founded in 1890, the United States Polo Association (USPA) is the national governing body for the sport of polo. USPA is currently comprised of almost 300 member clubs with thousands of individual members, and oversees 40 national tournaments. For more information, please visit uspolo.org.