Lexington, KY – August 16, 2012 – The morning was ablaze with fierce competition in the Rolex Stadium as the second day of the Bluegrass Festival Horse Show got underway at the Kentucky Horse Park. Time was the bottom line today, with riders speeding to break the beam with both accuracy and an unsurpassed pace. Shane Sweetnam and Solerina exceeded expectations in the 1.40m Open Jumpers, capturing the victory with an insurmountable lead. It was Megan Moshontz-Bash and Pourkoipa Fontaine who emerged triumphant in the 1.35m Open Jumpers with a spectacular double-clear effort, and an outstanding time to beat.

The 1.35m Open Jumpers welcomed riders and their mounts to a challenging second-day course, designed by Allen Rheinheimer of the United States. He utilized a tight time allowed of 77 seconds, and designed a course consisting of an oxer-vertical-oxer triple combination, a vertical-oxer double combination, standalone obstacles, and demanding lines. The jump-off was immediate, and Rheinheimer made sure it challenged the duos fairly. They began over a single vertical and with a bend to the left* took a large oxer. They continued through the double combination and with a sharp left rollback took a standalone vertical set in the center of the ring. From there, they made a right over the Sleepy P Ranch oxer and finished with the Hagyard Lexington blue-white-and-red vertical.

Megan Moshontz-Bash and Pourkoipa Fontaine, owned by Cleveland Equestrian of Chagrin Falls, OH, were leaving nothing to chance this morning as they entered the ring with the blue ribbon in mind. Shane Sweetnam had previously posted the target time of 32.301 seconds aboard Elastique, owned by Sweet Oak Farm of Wellington, FL. Moshontz-Bash had fallen into the second position during yesterday’s division aboard Silver Spring, but Moshontz-Bash knew the speed Pourkoipa Fontaine possessed, and she laid down an impressive double-clear effort in a mere 29.738 seconds. Her name flashed at the top of the leaderboard for the remainder of the class, with 28 horse and rider combinations attempting to best the pair.

“I have had him for two years now, and he has been starting in the Grand Prix classes recently, and we were using today for his warm-up class,” Bash explained. “He is such a consistent horse-bold, brave and very careful. He is just a dream to ride.”

Bash added, “He is such a quick horse, that I have learned how to be patient in my ride, knowing that he is taking me to the jump and not to get anxious. The course was fantastic, and what really gave us the edge was the turn to the final oxer in the closing line, we got a great turn there and were able to leave a stride out to the vertical.”

Andrew Welles and XM came close to catching Bash; however, their time of 31.866 seconds proved good enough for the second place finish. Daniel Blake and Shalimar, owned by Pine Hollow Farm of Parkland, FL, rode to the third place award with a double-clear effort in 31.938 seconds. Sweetnam’s time held solid for the fourth place finish aboard Elastique, while Christoph Schroeder and Balette, owned by GK Performance Horse, LLC. of Andersonville, TN, secured the fifth place finish in 32.338 seconds.

“The course was definitely a challenge, it asked a lot of questions and really was a rider’s course,” Bash elaborated. “You really had to be able to adjust your horse and the time allowed was tight, so that was a factor. You make a plan with how you envision you want it to go, and this is one of those cases where everything went as I had envisioned. It happened perfectly.”

“This is the best facility in the country, and you couldn’t ask for a better place to show your horse. I am really enjoying showing my top horses, and I am so proud of my students, because they have all been excelling here. I feel like my riding is at the top and my students are all following in my footsteps, it is so exciting,” Bash concluded.

The 1.40m Open Jumpers examined Rheinheimer’s newly set course, figuring out the best approach to deliver a dominating round. The 1.40m Open Jumpers was in the fault-converted format, with 21 entrants vying for the winning slot. The one-round course was filled with oxer-vertical lines, rollbacks, tight turns, an oxer-vertical double combination, a triple bar-oxer outside line, and numerous technicalities that would prove challenging for the pairs.

It seemed as though Ilan Bluman of Columbia was going to succeed in the Open Jumpers, claiming the victory for the second consecutive day of the Bluegrass Festival Horse Show. He entered the ring with nothing but speed and accuracy at the front of his mind as he piloted Quatro, owned by Daniel Bluman LLC of Weston, FL. Daring Rheinheimer’s course, Bluman blew through the obstacles in a seemingly easy fashion, leaving all rails in their cups as he tripped the timers in only 69.017 seconds.

Although the next three riders all posted clear efforts, Bluman’s time stood unyielding. Then Sweetnam emerged from the in gate in a flash aboard Solerina, also owned by Sweet Oak Farm. They sliced turns and moved with an unsurpassed agility, beating Bluman’s previous target time and taking the top honors in 67.038 seconds.

“I began showing Solerina just before the summer, and she has been very competitive since I have gotten her, and she seems to be improving everyday,” Sweetnam described. “She is naturally quick, nice to ride and very smooth.”

“My plan with her was to go in and win, she has been close a few times here, but today was really great to be able to get that win in,” Sweetnam remarked.

Jorge Verswyvel navigated his own Hold Me Now to a clear effort in 72.607 seconds, as well as the third place ribbon. Fatalis Fatum with Steven Bluman in the irons took the fourth place award in 73.580 seconds, with Verswyvel also nabbing the fifth place finish aboard Artifice L.S.

Earlier in the day, the 7/8 Year Old Jumpers competed for top honors in the Rolex Stadium. Jill Knowles of Lake Forest, IL, and Fanta rode to one of only two double-clear efforts. They posted a quick time of 35.187 seconds over the short course, and took the first place finish. Rebecca Conway and Adare rode to the only other double clear, and took second in a time of 36.687 seconds. Rounding out the top three was Chris Ewanouski and Chilenta, owned by Napinday Horse Sales Inc. of Wellington, FL, who took the fastest four-fault time in 30.534 seconds, a remarkable pace.

The Bluegrass Festival Horse Show will continue through Sunday, August 19, 2012, featuring the highest levels of competition for both hunter and jumper riders. Competition will resume tomorrow with the highlight event, the $25,000 Hagyard Lexington Classic, which will get underway at 7:30 p.m. Riders will have the opportunity to earn significant points to qualify for the Hagyard Lexington Series Leading Rider bonus, as well as the opportunity to earn an additional $2,000 bonus if clad in the SSG ‘Digital’ Riding Gloves. Also taking place tomorrow will be the First Round of the $100,000 USHJA International Hunter Derby Finals, beginning at 8 a.m. in the Rolex Stadium. The weeklong competition will conclude with the $40,000 Bluegrass Festival Grand Prix on Sunday. 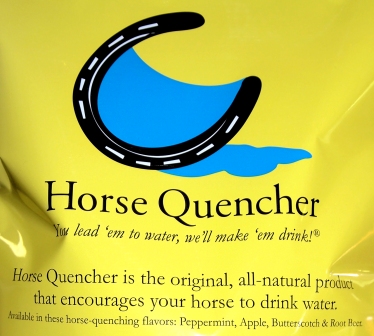 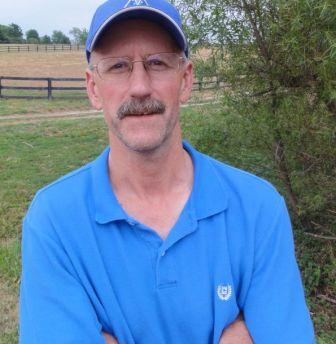