WEST PALM BEACH, FL – The U.S. Open Women’s Polo Championship™ Final was played for the first time in Wellington at the world-renowned International Polo Club Palm Beach (IPC) on Saturday, March 23, 2019 at 11:00 a.m. with Susan G. Komen Florida as the charity partner of the tournament.  This exciting day of championship polo was the final event in the competition and featured world-class women’s polo players, a pink tailgating competition and brunch at IPC’s exclusive Mallet Grille, while increasing awareness and support for breast cancer.

“With one in eight women in the United States affected by breast cancer, it is a disease that impacts our players, our followers and our friends and loved ones,” said Jennifer Williams, polo professional.  “Our sport has the power to increase awareness about early detection and save lives through a strong partnership with Susan G. Komen Florida.”

Fans of polo and supporters of breast cancer experienced a number of fun and inspirational activities throughout the day, starting with the championship event at 11:00 a.m. that was surrounded by a sea of pink tents vying to win the “Most Spirited Pink Tailgate” contest.  Mid-match, there was a pink champagne divot stomp, and post-match a delicious poolside brunch was held at The Mallet Grille.

“We are grateful to the United States Polo Association, U.S. Polo Assn., the International Polo Club, and the Women’s International Polo Network for giving Komen Florida such a visible presence among the polo community to share our message and educate more women about breast cancer,” said Kate Watt, executive director of Komen Florida.  “As first responders to breast cancer in 64 counties throughout Florida, the funds we raise through the championship event will help us increase access to quality breast health care for those who can’t afford it and decrease the 2,700 deaths from this disease in our state every year.”

The U.S. Open Women’s Polo Championship™ and Komen Florida will have additional opportunities for awareness when a small callout is made during the U.S. Open broadcast on CBS Sports in April 28th @ 2 p.m. EDT and in the brand new “Women in Polo” show that will air in Palm Beach County on Palm Beach TV.

About Susan G. Komen® Florida
Susan G. Komen is the world’s largest breast cancer organization, funding more breast cancer research than any other nonprofit while providing real-time help to those facing the disease. Komen Florida is working to better the lives of those facing breast cancer in local communities across its service area of southwest, central, north, south and the Florida Suncoast regions. Komen Florida has invested nearly $57 million in community breast health programs and has helped contribute to the more than $988 million invested globally in research. For more information, call 561-514-3020 or visit www.komenflorida.org.

The U.S. Open Women’s Polo Championship™ has a profound history dating back to the 1930s in California. The first women’s U.S. Open tournament was presented by the United States Women’s Polo Association (U.S.W.P.A) in 1937 at the Golden Gate Field in San Francisco, California, in 1937.  Women were officially welcomed into the United States Polo Association in 1972 with Sue Sally Hale becoming the first woman member. A devoted advocate of women in polo, Hale was alleged to have disguised herself as a man in order to compete in tournaments throughout the 1950s and 60s. U.S. Open Women’s Polo Championship™ competition did not resurface until the early 1990s. On the centennial anniversary of the USPA in 1990, a U.S. Women’s Open was officially sanctioned and held at Empire Polo Club in Indio, California. After a few years of competition at Empire Polo Club, U.S. Open Women’s Polo Championship™ competition once again lost momentum, this time for only a couple decades. It was officially recognized as a national tournament in 2011 and has been hosted at the Houston Polo Club for the past seven years, becoming the largest annual women’s polo event in the United States.

The International Polo Club Palm Beach is the premier polo destination in the world, hosting the largest field of high-goal teams and the most prestigious polo tournaments in the United States. Polo enthusiasts descend upon Wellington, each winter season to enjoy their love of the sport in the most prominent and well‐equipped polo facility. Polo matches are open to the public, with a wide range of hospitality and guest seating that includes elegant grandstand viewing, field tailgating, stadium seating, field-side champagne brunch at The Pavilion, and exclusive sponsor boxes. 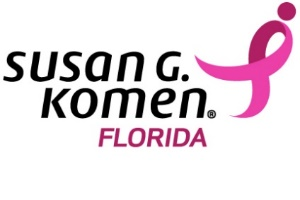