25 April 2017, Lexington, USA – On Thursday 27 April 2017 the world’s best horse and rider combinations will embark upon their campaign to contend for the highlight of the eventing season in North America, the Rolex Kentucky Three-Day Event. 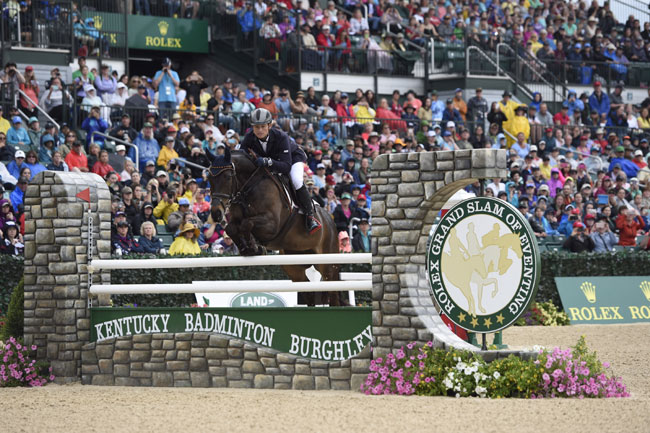 Each year Rolex Kentucky attracts the sport’s leading riders, testing each pairing across three different disciplines: dressage, cross-country and show jumping. Considered by many to be the triathlon of equestrianism, three-day eventing requires a perfect partnership between horse and rider to conquer each phase.
Rolex and the Kentucky Three-Day Event have a long and distinguished history, with Rolex as Title Sponsor since 1981. In 1998 Rolex Kentucky became the third annual CCI4* event in the world and to this day, remains the only four star competition on the American continent. Rolex’s established support has seen the event develop into one of the most prestigious in the world, with top riders from around the globe now vying to compete there.
Among the roster of international elite riders competing in the Rolex Kentucky Three-Day Event is Rolex Testimonee Zara Tindall. The 2006 World Champion and Team silver medallist at both the 2012 Olympic Games (London) and 2014 World Equestrian Games (Normandy), has entered her prize horse High Kingdom. The supremely talented British equestrian will go up against many of eventing’s finest riders, including world number one and reigning champion Michael Jung, who will return to this year’s Rolex Kentucky in a bid to set a new record by winning the event for a third consecutive year, aboard the same horse, Fischerrocana FST.
THE ROLEX GRAND SLAM OF EVENTING
Since 2001, Rolex has actively supported excellence in the discipline of eventing through the Rolex Grand Slam of Eventing – an award presented to any rider who consecutively wins at the three annual events of Rolex Kentucky Three-Day Event (USA), the Mitsubishsi Motors Badminton Horse Trials (UK) and the Land Rover Burghley Horse Trials (UK). To this day, the Grand Slam has only been won twice, in 2003 and recently, in 2016.
ROLEX GRAND SLAM OF EVENTING CHAMPION
The 2016 winner was German champion Michael Jung, who confirmed his status as one of the greatest Event riders in the history of the sport after winning the 2015 Land Rover Burghley Horse Trials, the 2016 Rolex Kentucky Three-Day Event and the 2016 Mitsubishi Motors Badminton Horse Trials in succession. In 2017, all eyes will be upon Jung to see if he can continue his current world class form and become once again, the live contender for the Rolex Grand Slam of Eventing.
Prior to Jung’s most recent success, only one rider, Britain’s much loved and highly decorated Pippa Funnell, had succeeded in the discipline’s most difficult challenge, in 2003, thirteen years prior.
ROLEX’S EQUESTRIAN HERITAGE 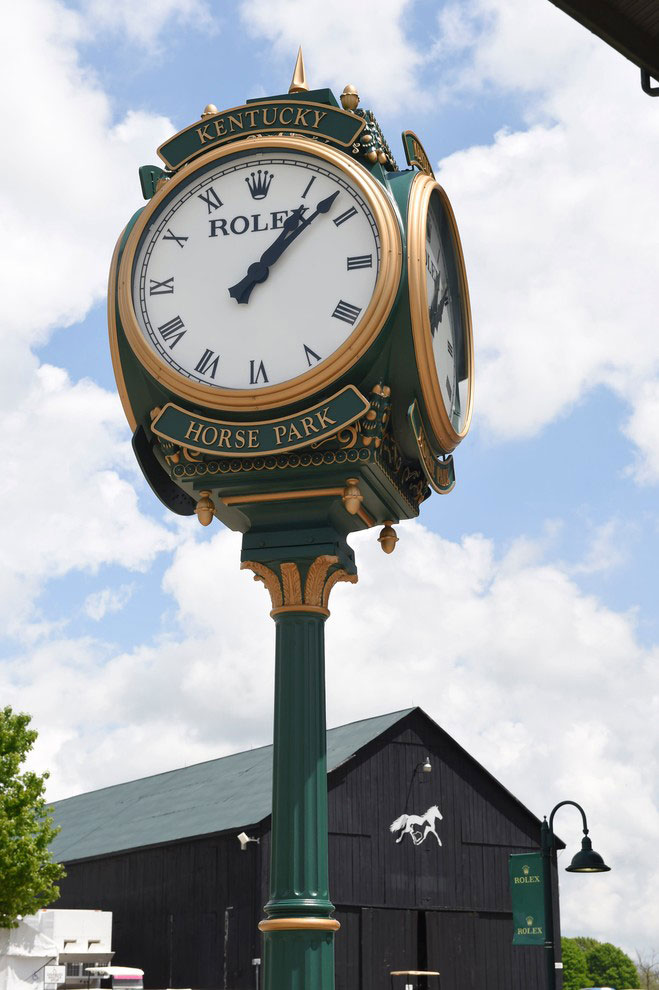 Rolex’s support of show jumping dates back more than half a century. The Swiss watchmaker’s close and long-standing association with equestrianism demonstrates its appreciation of a domain in which dedication, perseverance, elegance and tradition highlight superior performance, accuracy and achievement at the highest level. From Pat Smythe, the greatest female show jumper ever to represent Great Britain and Rolex’s first equestrian Testimonee in 1957, to Scott Brash, the only rider in history to win three consecutive Majors in the Grand Slam in September 2015, Rolex continues to support riders in the three Olympic disciplines of show jumping, dressage and eventing.
ABOUT ROLEX
Leading brand of the Swiss watch industry, Rolex, headquartered in Geneva, enjoys an unrivalled reputation for quality and expertise the world over. Its Oyster and Cellini watches, all certified as Superlative Chronometers for their precision, performance and reliability, are symbols of excellence, elegance and prestige. Founded by Hans Wilsdorf in 1905, the brand pioneered the development of the wristwatch and is at the origin of numerous major watchmaking innovations, such as the Oyster, the first waterproof wristwatch, launched in 1926, and the Perpetual rotor self-winding mechanism invented in 1931. Rolex has registered over 400 patents in the course of its history. A truly integrated and independent manufacturing company, Rolex designs, develops and produces in-house all the essential components of its watches, from the casting of the gold alloys to the machining, crafting, assembly and finishing of the movement, case, dial and bracelet. Rolex is also actively involved in supporting the arts, sports, exploration, the spirit of enterprise, and the environment through a broad palette of sponsoring activities, as well as philanthropic programmes.
OFFICIAL WEBSITE   www.rolex.com